“Just as she does in the rink, Sheila prides herself on being
the ultimate teammate. Her drive and determination is what makes her excel at being a real estate agent”

She was only seven years old at the time but Sheila will never forget those strong words from an opposing player during her first season in ball hockey. The boy who spoke them certainly didn’t know it at the time but with those seven little words he sparked a competitive fire in Sheila that is still burning strong today. She made it her goal to be able to compete with the best at this sport and when Sheila sets a goal you can be sure she’s going to achieve it.

Over the years, Sheila went on to play national and world level, attending 14 National championships and earned two gold medals representing her country with Team Canada. Today, she not only still plays competitively, but also is the President of the New Brunswick Ball Hockey Association. For her, the sport has always been one of life’s greatest classrooms. Hockey not only honed her competitive spirit, but it taught her the value of teamwork, commitment, dedication and good old-fashioned hard work. These are qualities that last a lifetime. They not only made her a true team leader, but they have allowed Sheila to reach any goals in life, both in and out of the rink. Sheila’s drive and goal-oriented personality are what allowed her to excel in the business arena as well. Sheila is a top producing agent in her company and has won multiple platinum awards in her business. 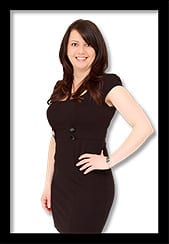